A Madrigal in Medieval Spanish

I don’t remember how the subject came up, perhaps Benito had his copy of the “100 Best Lyrical Poems of the Spanish Language” out in 2005 at Mayfair Manor when his sister-in-law’s husband Manuel Lopez was visiting and it triggered his memory, but there in the kitchen Manolo launched into a recitation of a poem and Benito chimed in.

The poem they were reciting is a madrigal (a serranilla in Spanish) about a beautiful cowgirl (vaquera), horse-mounted I presume, that the writer encounters after getting lost on the road between the castles of Calatrava and Santa Maria in what is now the Cordoba province of Spain. I am guessing they learned it in school or at a university literature class.

The madrigal is known by its first line “Moza Tan Hermosa” (“Girl So Beautiful”), the only poem in Medieval Spanish in the book. It was one of the first poems ever written down in Spanish, predating the famous “Song of El Cid.”  Every stanza ends with the same refrain, which they would loudly emphasize with relish. 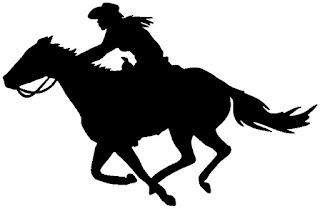 I have it here below. It is written in Medieval Spanish but if you know Spanish and pronounce it out loud you can understand it. The funny looking “ç” is pronounced like “z”, the “x” like the Spanish “j”.  Many leading “F”s of medieval Spanish words mutated to silent “H”s so Fermosa is now Hermosa, Finojosa is now Hinojosa (a small village in rural Cordoba province) and Fablar is now Hablar.

Since the only way I can fully understand written Spanish is to translate it to English first, I provide you with my translation. Thickly romantic, I found it, like the sonnets I studied in school way back when.