The Tree with Fruit of Gold — A Fable

Antonio Martínez, Mariana M. Prats’ uncle, wrote down his version of this sad tale in happier times, back when he was a college professor in Camaguey. This is my translation. 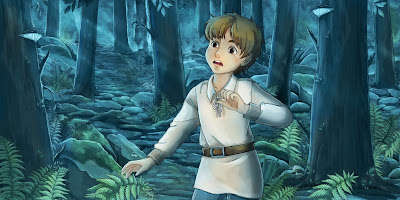 Once upon a time a boy found himself lost in the forest. Without success he tried and tried to find the way home.

He walked in the woods for hours and hours and now dusk was approaching. As daylight waned his anguish grew. Overcome by fear and exhaustion he sat down on a large flat stone and, hiding his face in his hands, he began to cry.

He was still crying when he heard the brush of footsteps in the grass nearby. He raised his head and saw before him a beautiful young woman looking at him with sympathy and concern.

“Who are you?” the boy asked, surprised.

“I am the fairy of the forest,” replied the young woman. “Why are you crying?” 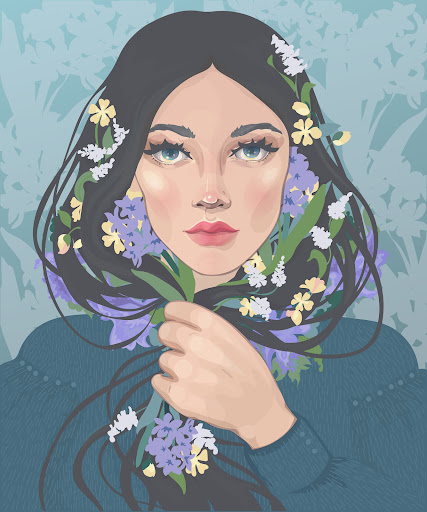 “I am lost. I cannot find the way back home.”

“And why do you have to go back?” the fairy asked. “If you return, you will become nothing more than a poor woodcutter like your father. On the other hand, if you search the forest, you may find the tree with golden fruit that Fortune, my sister, planted.

“Every spring this tree is covered in beautiful flowers and every summer it is laden with fruit made of the precious metal. If you can find it just once, and you collect its prodigious yield, you will be richer than the most powerful monarch on earth.”

And as she finished these words, a swirl of wind enveloped the fairy and she disappeared into a mist.

At first the boy was not sure what think as he marveled after the strange apparition he had seen; but it was not long before the tantalizing words he had heard began to take effect. Then and there he resolved to set out in search of the tree with the golden fruit.

Walking and walking day after day, he reached the edges of the forest and doubled back to search again. Later — in search of other forests — he crossed valleys and gorges, he climbed rugged mountain ranges, he explored dark jungles and broad savannahs, he crossed mighty rivers, and more than once he had to sail across a sea. He was always in search of the tree with the gold fruit—which he could never find.

And so years and years passed by, the boy became a young man, the young man reached adulthood and the adult became an old man. But there was always a brightness in his eyes, like rays of light. It was the light of hope of one day soon finding that remarkable tree. 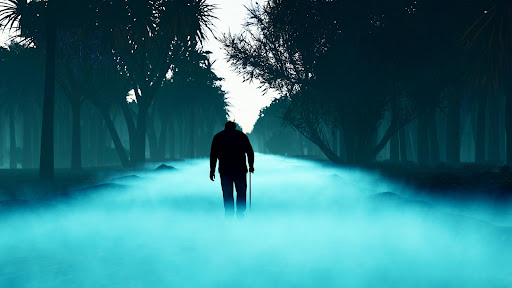 More years passed as he continued his search, and the tree was not appearing. One day discouragement finally overcame him. He felt old and tired. Then and there he decided to return home to the house of his parents.

But before arriving he wanted to take a last walk through the forest where, when he was a child, the fairy had appeared to him. Entering the woods of his boyhood, the old man realized he wanted to see the large flat stone again—the stone where on that memorable afternoon all those years ago he had shed so many tears. Suddenly, there was the stone.

The old man stood before the stone in religious contemplation while a thousand memories swirled in his head. And when he distractedly raised his gaze, he saw before him—right there next to the stone—a stout tree whose branches bent under the weight of thick pomes of gold that shone like suns. 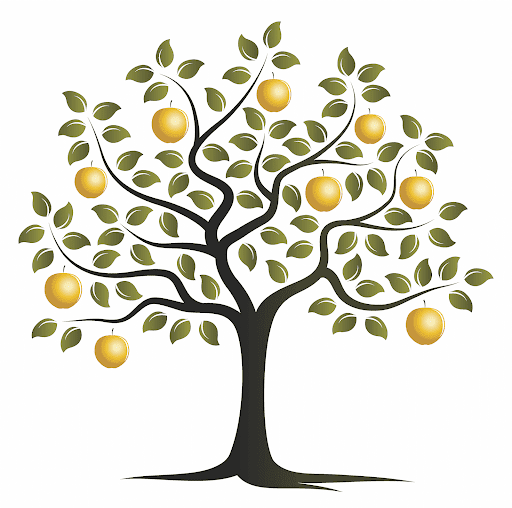 The tree had been there next to him—sheltering him with its branches — the day the fairy told him about its existence. And he, driven mad by his obsession, had thrown his life away searching the world for it — without ever thinking that the tree he sought so fervently could have been so close to home. He had never suspected that the more he walked, the farther away he walked from the object of his travels, and of his dreams.

And there, sitting down on the large flat stone on which the boy had cried, the old man cried again. It was not long before his body surrendered to the pain and fatigue his obsession had kept at bay. That night he drew his last breath under the tree he had sought all his life — under its fruits of gold.

Mariana M. Prats found a short manuscript in Antonio Martínez’s papers after he died. It was an essay in Spanish titled “La Tierra Más Hermosa” (The Most Beautiful Land).  It is a reminiscence of the natural beauty that can be found on the island of Cuba, and contains this fable about a golden tree.

She decided to type it up.  This was in the late 1980’s and she typed it into a cobbled-together personal computer running Microsoft DOS with the PC-Write word-processing shareware.

She showed it to me one day and gave me a 3¼" diskette with it. She did not know when it was written, but it could be inferred from the text that it was written in Camaguey before Antonio emigrated to Maryland.  In 1990 I formatted it for Hewlett-Packard’s first laser printer, the LaserJet model 1, and printed and bound a stack of booklets of the essay for her to give away.  She asked for more and I commandeered a Xerox machine at work and made another batch.

As you can see, the fable stands alone without the rest of the essay. Antonio used the fable to caution the reader to resist the seduction of foreign travel. Why travel far away to see natural wonders when there are so many you have not seen near where you live.  But this fable has many more—and less trivial—morals to its story than the one he chose for his essay.